How do you forgive yourself and others?  Why is it so important? What are some misconceptions about forgiveness?  Join CJ as she interviews best selling author, Gary Renard, as he shares what forgiveness means from a higher level of consciousness.  Get a 3 step process to use next time you are shaming yourself or someone else, and learn why both are harmful to you. 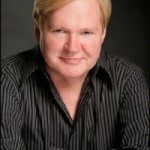 Gary R. Renard underwent a powerful spiritual awakening in the early 1990s. As instructed by two ascended masters who appeared to him in the flesh, he wrote his first best-selling book, The Disappearance of the Universe, over a period of nine years. He was later guided to speak in public and has recently been described as one of the most interesting and courageous spiritual speakers in the world. Gary’s second book, Your Immortal Reality, was also a best-seller.

Over the past five years, Gary has spoken in 41 states, 13 countries, and was the keynote speaker at the International A Course in Miracles Conferences in Salt Lake City and San Francisco. He is also the most recent recipient of the Infinity Foundation Spirit Award. The award is given to a person who has made a meaningful contribution to personal and spiritual growth. Past recipients include Dan Millman, Ram Dass, Gary Zukav,… Read more