9/24: How has technology changed the world? (Clive Thompson) 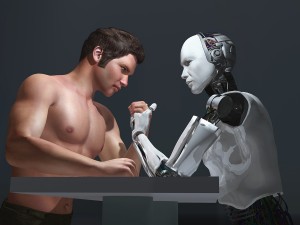 It’s undeniable: technology is changing the way we think.  But how has technology changed the world? Is it for the better? Amid a chorus of doomsayers, Clive Thompson votes yes.  Join CJ as she interviews Clive Thompson’s about his book “Smarter Than You Think” on the benefits of  emerging technologies and how we can collaborate with machines to create a positive future.  Get article on Ten Ways Technology is Making Us Smarter by Clive Thompson here: https://www.fireitupwithcj.com/show-archives/how-has-technology-changed-the-world/. 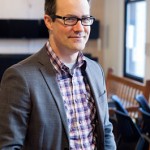 Clive Thompson is a longtime contributing writer for the New York Times Magazine and a columnist for Wired.

As a child growing up in Toronto of the 1970s and 80s, Clive Thompson became fascinated with the first “home computers”—the ones you plugged into your TV, like the Commodore 64, and programmed using BASIC. He was hooked, spending hours writing video games, music programs, and simple forms of artificial intelligence. The obsession stuck with him, even as he went to the University of Toronto to study poetry and political science. When he became a magazine writer in the 1990s, the Internet erupted into the mainstream, and he began reporting on how digital tools—everything from email to digital photography to instant messaging—was changing society.

Clive started out pessimistic about the impact of the Internet on life. He worried, like many social critics before him, that society and civility would fall off a cliff. But over the next twenty years he realized that when everyday people were given remarkable powers of self-expression on a global scale, amazing things happened more often than not: Wikipedia, YouTube “response” conversations, collaborative art, crazy new forms of writing like TV recaps, collaborative problem-solving, and the ESP-like awareness that comes from the status-update universe.

Today, Thompson is one of the most prominent technology writers, respected for doing deeply-reported, long-form magazine stories that get beyond headlines and harness the insights of science, literature, history and philosophy. He specializes in writing not merely on the inventors of technologies, but about how everyday people use them—often quite unpredictably. In addition to the New York Times Magazine and Wired, he writes for Mother Jones and Smithsonian. He is one of the longest-running bloggers, having launched his science-and-tech blog Collision Detection since 2002. In his spare time he’s also a musician, performing in The Delorean Sisters and writing original music as part of the duo Cove. He is married and lives in Brooklyn with his two children.