Love: Go with the Flow

What does it mean to truly “go with the flow”? Are you sitting on the side of the riverbank judging and fearing as life passes you by? Paul Selig shares his life wisdom on what it means to jump into the river and go with the flow and how it will help rejoin you to love. Join us this Wed from 1-2PST by going to W4WN.com and joining the chat.  Get YouTube broadcast and blog post here: https://www.fireitupwithcj.com/love-go-flow/

Paul Selig -Psychic, teacher, and author of the channeled texts, I Am the Word, The Book of Love and Creation, and The Book of Knowing and Worth. * 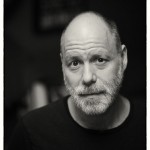 Paul was born in New York City and received his Master’s Degree from Yale. He had a spiritual experience in 1987 that left him clairvoyant. As a way to gain a context for what he was beginning to experience, he studied a form of energy healing, working at Marianne Williamson’s Manhattan Center for Living and in private practice. In the process, he began to “hear” for his clients, and much of Paul’s work now is as a clairaudient, clairvoyant, channel, and empath.

Paul has led channeled energy groups for many years. In 2009 he was invited to channel at the Esalen Institute’s Superpowers symposium, where he was filmed for the upcoming documentary film Authors of the Impossible. He is the subject of the short documentary film Paul & the Word and is featured on the A&E/Biography channel series The UneXplained, which premiered in August, 2012. His numerous radio appearances include Coast to Coast AM with George Noory. His recent and upcoming workshops include include The Kripalu Center in Stockbridge, Massachusetts, The Omega Institute in Rhinebeck, New York and the Esalen Institute in Big Sur, Calfornia. Also a noted playwright and educator, Paul serves on the faculty of NYU and directs the MFA in Creative Writing Program at Goddard College. He lives in New York City, where he maintains a private practice as an intuitive.