W4WN Radio > W4WN Live Radio Shows > TOMMOROW at 1:00PST Self-Compassion: The proven power of being kind to yourself

TOMMOROW at 1:00PST Self-Compassion: The proven power of being kind to yourself 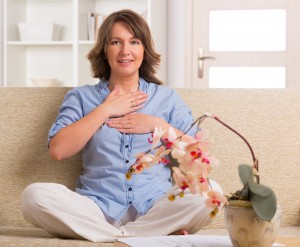 Why is it so important to be self-compassionate and give yourself the same caring support you’d give to a good friend when you make mistakes or fail? Learn from one of the leading pioneers in the field of self-compassion and author of “Self-Compassion- The Proven Power of Being Kind to yourself”, Professor Kristin Neff from University of Texas – Austin, about self-compassion and how to use it the next time you are about to judge or criticize yourself. Get an article on self-compassion at: https://www.fireitupwithcj.com/2014/08/04/86-self-compassion-proven-power-kind/

Kristin studied communications as an undergraduate at the University of California at Los Angeles (B.A., 1988). She did her graduate work at University of California at Berkeley (Ph.D., 1997), studying moral development with Dr. Elliot Turiel. Her dissertation research was conducted in Mysore, India, where she examined children’s moral reasoning. She then spent two years of post-doctoral study with Dr. Susan Harter at Denver University, studying issues of authenticity and self- concept development. Her current position at the University of Texas at Austin started in 1999, and she was promoted to Associate Professor in 2006.

During Kristin’s last year of graduate school in 1997 she became interested in Buddhism, and has been practicing meditation in the Insight Meditation tradition ever since. While doing her post-doctoral work she decided to conduct research on self-compassion – a central construct in Buddhist psychology and one that had not yet been examined empirically.

In addition to her pioneering research into self-compassion, she has developed an 8-week program to teach self-compassion skills. The program, co-created with her colleague Chris Germer at Harvard University, is called Mindful Self-Compassion. Her book titled “Self-Compassion” was published by William Morrow in April, 2011.

Kristin was recently featured in the best-selling book and award-winning documentary called The Horse Boy – www.horseboymovie.com – which chronicles her family’s adventure with autism.