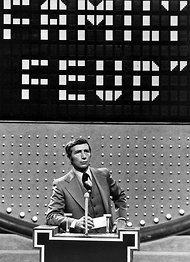 Yet again, America has lost one of the good ones thanks to cancer. Richard Dawson, which many of us remember him as the game show host from the Family Feud in the 70’s and 80’s , was called the kissing bandit . He kissed every woman who ever came on his show while he was host. Dawson Passed Saturday June 2nd 2012 in Los Angeles from complications of Esophageal Cancer. Dawson’s earlier works , was his part in Hogan’s Heroes as Cpl Peter Newkirk.