Author Coy F. Cross II, in his book The Dhance, searches for meaning within his precious wife’s bout with ovarian cancer. Instead of collapsing into despair and questioning “Why,” Coy discovered tools to help him be with Carol in a manner that helped her. Coy details how by being consciously present, “I learned there were times to fight for Carol and times I needed to pass through the “Dark Night” of Carol’s cancer into a place of surrender where I become the “vehicle” of her care. When she said, ‘I don’t know how you can do this.’ My response was, and it was a response from my core, ‘I have come to see it as a privilege.’ And that honest truth can only come from being, at that moment, a ‘vehicle’.” 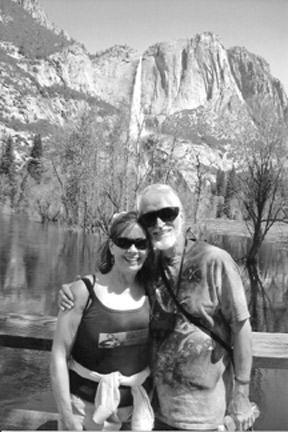