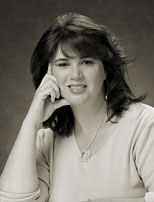 Guest: Tracey Gamer-Fanning, Co-Founder & President CT Brain Tumor Alliance Board of Directors/Patient Guardian at Vintage Foods Ltd. Seven years ago, Tracey had a Grand Mal seizure in front of her young children. After being taken to the hospital, she was diagnosed with a brain tumor. After surgery to remove only part of the tumor, she was paralyzed. The prognosis was brain cancer with a 3-5 year life expectancy. Four weeks later, Tracey was divorced. Shortly after that, Tracey’s loving Father was killed in a car accident after driving the family home from a meeting discussing how they would, as a family, band together and raise her kids through the course of her disease. In a recent blog that went viral, Tracey said: “I don’t know what its like to be a soldier. I truly can’t imagine it. But I know what its like to have a bomb strapped to you…mine is in my brain.” Tracey, you inspire us! Rebroadcast, Sat., Oct. 26th at 6:00 pm ET, 3:00 pm PT, www.W4CS.com