I’ve been an exercise fanatic since my mother took me with her to her fitness studio in Chattanooga when I was a young girl. I’d roll around the mats and stretch with bands while my mother jiggled on machines. I started ballet at the age of 5, modern dance at 12 and performed in my high school modern dance troupe, Terpsichord. Over the years I’ve joined both fancy gyms and YMCA’s and taken numerous classes and personal training sessions. I have Dancercized and aerobicized, practiced Pilates and various kinds of yoga. But the fitness program I believe delivers the best results to keep my body lean, strong and fit is the barre method. I’ve taken many barre method classes around the country, but there is one original in my opinion: Core Fusion®.

The Founders of Core Fusion® are the fabulously fit, glowing- and married- couple, Elisabeth (Lis) Halfpapp and Fred Devito. Lis’s background is dance and Fred’s is athletics. I first met them as instructors for the Lotte Berk Method on Manhattan’s Upper East Side and with an outpost in Bridgehampton. Theses classes, the original barre method, were in such high demand, wait lists were – and still- common.  You planned your week and social life around getting into theses classes! I have friends who’ll get up at dawn on normally lazy weekends to make Core Fusion® classes in the Hamptons.

Lis and Fred later went on to launch Core Fusion® with locations in Exhale Spas in New York, Atlanta, Boston, Dallas, Chicago and Los Angeles as well as studios in Bridgehampton and other locations.  For those who don’t live where Core Fusion® classes are offered, Lis and Fred have published “Barre Fitness” with step-by-step instructions and photos of each technique, as well as a selection of DVDs. Info: www.exhalespa.com 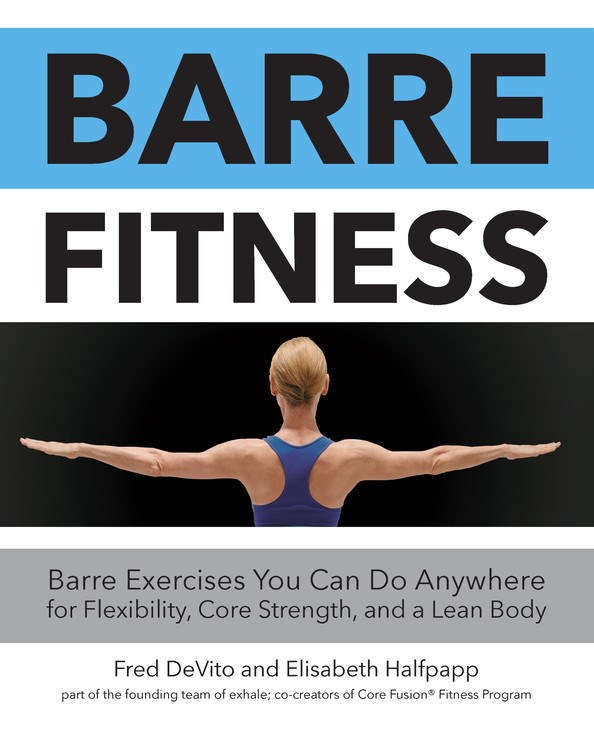 Lis and Fred will join me to discuss how to jump start and stick to your 2016 fitness regime and explain the benefits of  Core Fusion® and how to get started in your own practice.  Monday, January 4, 4pmEST on W4WN.com- the Women4Women Network and iHeart.com and the free iHeart App. Here is the cut and paste link: https://www.iheart.com/show/209-Fearless-Fabulous-You/