Deanna Won  is a former U.S. Air Force Colonel and physicist who specialized in electro-optics and lasers for over 26 years. She worked in space launch, missile defense, biological defense and NATO operations.  But no military training prepared her for a battle with ovarian cancer. 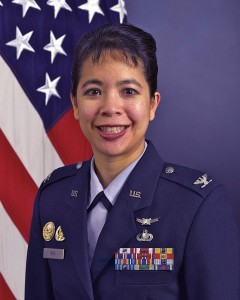 “When I was 45 years old, I experienced excruciating pain in my abdomen and had trouble breathing, which landed me in the hospital, where even the morphine could not reduce any of my pain,” says Deanna. “When I found out that I had ovarian cancer, I made the immediate decision to completely change my nutrition and diet to an organic, raw living vegan one with plenty of fresh green vegetable juices. Within 3 months of making this change, my elevated tumor marker became normal again, and my tumor began to shrink.”

Ten months later, the tumor was starting to die from the inside out, and Deanna went back to work which required traveling overseas and long days. It was hard to maintain her healthy regimen, which is common when you travel for work.

Working 16-18 hour days without taking enough time to care for herself took their toll.  Deanna’s cancer ended up spreading to her entire abdominal lining, causing her to experience multiple hemorrhages. By the time she reached age 47, Deanna’s lungs had collapsed and filled with fluid, upon which doctors lost hope for her survival. She was placed under hospice care and on an oxygen machine, with the grim prognosis of 1 to 2 months left to live.

Deanna refused chemotherapy, choosing a holistic approach to treating her condition, focusing on diet and nutrition and lifestyle changes. She says “By the Grace of God I miraculously recovered.”

Choosing a holistic approach to manage metastatic cancer is a very personal choice. Deanna will discuss her decision and its outcomes September 23, 4pm EST. on Fearless Fabulous You! on W4WN.com.

Deanna’s near death experience from ovarian cancer made her change her life and enroll in Institute for Integrative Nutrition to become a certified holistic health coach and she is a motivational speaker. I share this path with Deanna and know where she’s coming from: Once you visit CancerLand, you never want to return. Making healthy lifestyle and diet changes are both your first steps of defense and offense against any disease. 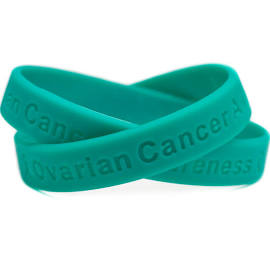 Ovarian cancer has been called the “silent killer” because it is too often detected at an advanced stage. There is currently no reliable screening for ovarian cancer, an issue I addressed in a recent edition of Fearless Fabulous You! and on Huffington Post for Ovarian Cancer Awareness Month (September). But you have treatment options and you can choose to make healthy changes. I have interviewed many women who are long-time ovarian cancer survivors. I salute Colonel Deanna Won for her resilience and thank her for sharing her message.